Failure is something that scares most of us and which - way too often - leads us to give up on our dreams. Yet, failure is the stepping stone for our dreams to come true. In this article, we’ll examine 10 famous failures that will make you think twice before you decide to give up on what you set out to achieve.

You see, we get to know successful people the moment they make it.

We only see the tip of the iceberg!

We don’t see beneath the surface. We don’t know what our “heroes” had to do to achieve their successes. We don’t consider the failures they had to face to become who they are today.

Anyone who has ever achieved something in this world had to fail their way to success, and so do you.

When talking about success, this translates into, “Everybody wants to be successful, but nobody wants to fail to get there”.

They will inspire you to keep chasing your dreams no matter how many setbacks you’ll encounter, and will remind you that:

“There is no failure except the failure of trying”. - Elbert Hubbard

10 FAMOUS FAILURES THAT MADE THEIR WAY TO SUCCESS 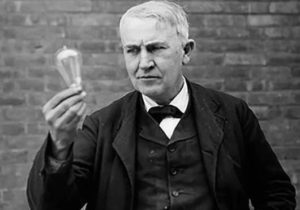 From the light bulb to the creation of the phonograph, passing through the kinetoscope, precursor of the cinema projector, and electrical distribution systems, Thomas Edison collected many successes.

Yet, the “failures” were even MORE.

In his early years, teachers told Edison he was too stupid to learn anything.

At work, it was no better. As a matter of fact, he was fired from his first two jobs for not being productive.

Even as an inventor, Edison made 1,000 unsuccessful attempts at inventing the light bulb, before making it right.

He imagined, tried, and experimented and then did it again until he made it.

He always considered failures as a stage of success and his story teaches us that he was right. 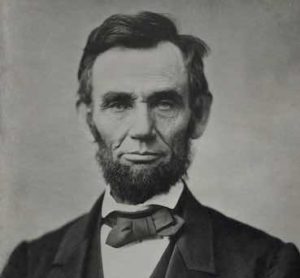 He is considered the father of the American constitution, the liberator of African-American slaves, as well as one of the most important presidents of the United States of America.

But his immortal success came only after a long and grueling series of setbacks.

He lost 10 elections before winning the one for US President.

“You cannot fail unless you quit”. - Abraham Lincoln 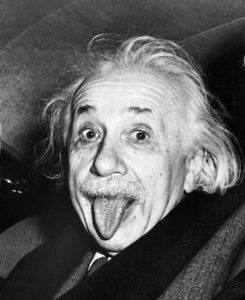 He is another great man who in life, before success, experienced failure.

He was unable to speak until the age of 4 and he was 7 before he could read.

His teachers said: “He will never amount to much”.

Albert failed the entrance exam at the Zurich Polytechnic School.

He was the only graduate in mathematics and physics at the University who did not receive a job as an assistant.

Despite the difficulties, success came anyway.

Albert won the Nobel Prize in Physics in 1921 and since then has been considered one of the greatest scientists of all time.

His name has become synonymous with “Genius”. 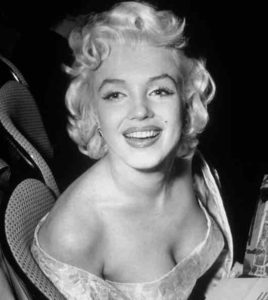 She is the sexy icon of American cinema of the 50s and 60s, as well as one of the greatest female stars of all time who drove people crazy on and off the set - it is said that President J.F. Kennedy had a secret love story with her.

However, before becoming famous Marilyn was rejected by the "experts" of Columbia Pictures who judged her unattractive and an actress without talent.

“Just because you fail once it doesn’t mean you’re gonna fail at everything”. - Marilyn Monroe 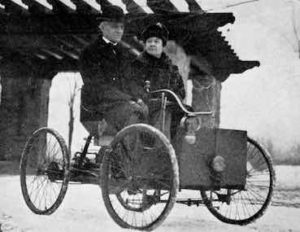 He is the father of the automobile. Mr. Ford created one of the most successful auto firms of all time, but he was no stranger to failures.

In 1899 he established the Detroit Automobile Company. Yet, he went bankrupt.

In 1901, he founded the Henry Ford Company, which went bankrupt too.

If you lost all your investors’ money twice, would you try a third time?

Mr. Ford did! It was the Ford Motor Company founded in 1903, his third attempt, that brought him to the pinnacle of success and revolutionized the automotive industry. 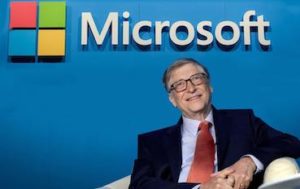 Like any successful entrepreneur, Bill Gates has also had his failures.

The first failure concerns his first company, “Traf-O-Data”, founded together with his friend Paul Allen to market a computer capable of reading and processing the data of traffic detection devices.

The lessons Bill learned from his first unsuccessful business venture, however, were the stepping stone for the creation of Microsoft, one of the world’s biggest companies.

“It’s fine to celebrate success but it is more important to heed the lessons of failure”. - Bill Gates 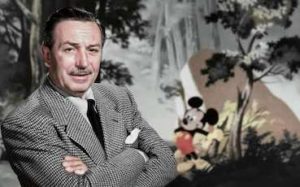 Mickey Mouse creator Walt Disney had his share of failures too.

He was removed from his position at the Kansas City Star newspaper because "he lacked imagination and had no good ideas" - later when he became a millionaire, he got his “revenge” by buying the same newspaper that fired him.

His Mickey Mouse cartoons were rejected, accused of being "too scary for women".

The Three Little Pigs were discarded because there were only four characters.

Making his way through the failures, he finally created the Walt Disney Company, which currently makes billions.

What’s more, Disney is responsible for generations of childhood memories and dreams.

From Snow White - his first masterpiece - to Frozen, Disney will continue to make the world dream for generations to come.

“I think it’s important to have a good hard failure when you're young. I learned a lot out of that. Because it makes you kind of aware of what can happen to you. Because of it, I’ve never had any fear in my whole life when we’ve been near collapse and all of that. I’ve never been afraid. I’ve never had the feeling I couldn’t walk out and get a job doing something”. - Walt Disney 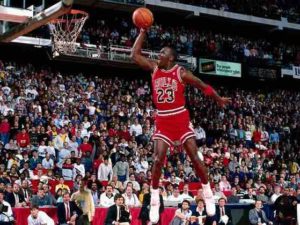 He is, indisputably, one of the most famous basketball players in the world.

But, don’t fall for the misconception about innate talent!

Jordan was cut from his high school team, but he didn’t give in. Jordan persevered and kept working on his basketball skills.

As a result, he was able to make a team at North Carolina and became a star college player.

Then he played for the Chicago Bulls where he helped his team win six NBA titles.

Michael Jordan attributes his success to the specific failures he's experienced; in fact, he once said:

“I’ve missed more than 9000 shots in my career. I’ve lost almost 300 games. 26 times, I’ve been trusted to take the game winning shot and missed. I’ve failed over and over and over again in my life. And that is why I succeed”. - Michael Jordan 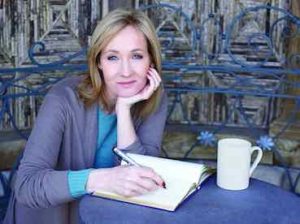 She is now one of the richest women in the world, but Harry Potter author, J.K Rowling, was once broke, divorced, raising a child on her own, and going through a series of depressions.

She was so broke that she didn't even have the money to print the Harry Potter manuscript - which is why she typed over 9,000 words on an old typewriter - to present it to the publisher.

Her first novel "Harry Potter and the Philosopher's Stone" was rejected by 12 different publishing houses before Bloomsbury accepted it.

She was told repeatedly: “Sorry, that just wouldn't make a good book”.

However, the Harry Potter saga is one of the most read in the world - over 450 million books sold worldwide.

“It is impossible to live without failing at something unless you live so cautiously that you might as well not have lived at all, in which case you have failed by default”. - J.K. Rowling 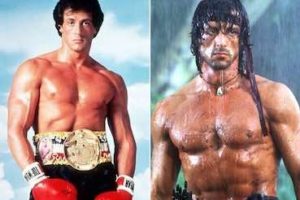 We all know his face; he is our childhood hero, boxer ROCKY BALBOA or soldier JOHN RAMBO.

Stallone is one of the greatest Hollywood stars, and he is still acting, writing, and directing feature films today at the age of 75.

While he makes success look easy, that was not always the case.

His early life wasn’t easy or smooth at all, on the contrary, it was harsh!

In the 1970s Stallone moved to New York City to pursue his dream of becoming an actor and inspiring millions of people.

Yet, all he seemed to face was rejection, failure, and a string of people telling him, “You talk funny, walk funny, and definitely cannot act”.

He was rejected 1,500 times by talent scouts, agents, and everyone in the film industry he could get a meeting with.

He would sit for hours on end in offices just to wait to see the person who would ultimately reject him again.

One day, while he was watching a Mohammed Ali boxing match, he got inspired and wrote the script for Rocky.

Yet, there was a catch; he could not star in the film.

So, he said no, despite being dead broke - a few days before he was sleeping in the New Jersey Port Authority bus terminal and he had to sell his best companion, his dog for as little as $25.

A subsequent offer for the script raised over $300,000, but he still turned it down.

Eventually, after lots of time and attempts, a studio agreed to let him star.

That film grossed over $100 million at the box office; the rest is history.

Rocky was nominated for 10 Academy Awards and won three, including best picture, and made its writer and lead actor, Sylvester Stallone, move from rags to riches, from being a homeless man to being a star.

What do the 10 famous failure-to-success stories above have in common, more than fame?

Perseverance! All the above people overcame one failure after another and proved one naysayer after another wrong. They all had the courage to create a life that was true to them.

“Courage is going from failure to failure without losing enthusiasm”. - Winston Churchill

There is no success without failure.

You have to fail your way to success.

It’s OK to fail, what is not OK is to GIVE UP, to not do your BEST.

Everyone dies, BUT not everyone lives to their full potential.

Don’t let it be your case.

Even if you are in a difficult situation, you can make it.

You can make your dreams come true.

Remember: it is not the one who never falls who wins, but whoever is willing to fall many times and keep standing up and moving forward!

So, fail, pick yourself up and fail again till you wake up one day and you’ll have made your dreams come true.

“Being defeated is often a temporary condition. Giving up is what makes it permanent”. - Marilyn Vos Savant

Before you go, imagine how rewarding and worthy your life would be if your own success could impact other people’s lives in the same way as the above people did.