“Giving is better than receiving because giving starts the receiving process”. - Jim Rohn

Giving before receiving is a law that applies in business and, most importantly, in life!

Let me clarify what I mean by sharing with you a commercial that is still moving the Web.

The protagonists are a poor Thai child and a salesman with a big heart.

If you are a sensitive person I suggest you have a handkerchief handy in case you break into tears.

This video proves that:

“Life is an echo. What you send out comes back. What you sow, you reap. What you give, you get”. - Zig Ziglar

If this story has touched a chord with you, the following inspirational story will grip and move you even more.

It illustrates how giving freely and cheerfully has the power to turn your life upside down.

But, one day, back in February 2013, his life changed overnight.

Billy was lying on the street corner begging when Sarah Darling, passed him at his usual spot and dropped some change into his cup.

But, unintentionally, Sarah dropped her engagement ring too.

Although Billy considered selling the ring - he went to the first jewelry store to have it evaluated; the value was $ 4,000 - he couldn’t follow through.

A few days later, Sarah paid Billy another visit and he returned the ring to her. 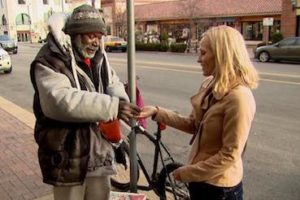 Billy’s kindness impressed Sarah and her husband so much that they decided to organize an online campaign to raise money for Billy.

“We set a goal for a thousand dollars,” Sarah stated.

“We set it up because a lot of people who had been touched by the story expressed interest in helping Billy.”

The surprises and rewards though were not over.

Billy’s story bounced around in the media and reached his sister, who thought he was dead.

The happy ending: today Billy has a family, a part-time job, a car, and a roof above his head.

Since the fateful day that Sarah’s ring landed in his cup, Billy’s life has moved from “rags to riches”.

“This is what they call the American Dream,” he said.

We can draw the conclusion that kindness can bring you to places you never expected. 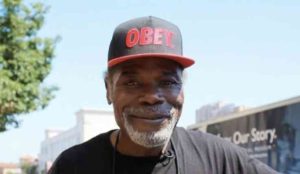 Billy’s smile on the Web shines more than the diamonds on the ring.

Give and you will receive in multiples!

It goes without saying, if you sow love, kindness, and positivity you’ll reap the fruit of them.

Conversely, if you sow malice and negativity you’ll reap the fruit of them.

“You reap what you sow – not something else, but that. An act of love makes the soul more loving. A deed of humbleness deepens humbleness. The thing reaped is the very thing sown, multiplied a hundredfold. You have sown a seed of life, you reap life everlasting”. -  Frederick William Robertson

Giving freely and cheerfully enables you to “open an account” with the Universe.

Let me put it this way: you give someone something that you have now with you - freely and cheerfully.

It is a magical process as shown in the two stories above.

The more you give, the more magic you create for yourself and the people around you.

What are you waiting for to become a generous giver?

Have you found any valuable insights from this post?

If so, feel free to share it with your friends and give them the opportunity to become aware of the power of giving.

I look forward to your feedback and comments.

1 thought on “GIVING IS BETTER THAN RECEIVING”