DO YOU BEHAVE LIKE A CARROT, AN EGG OR A COFFEE BEAN? 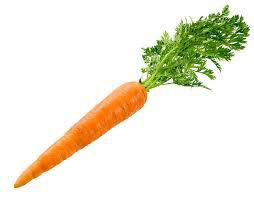 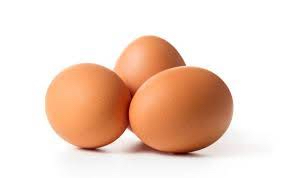 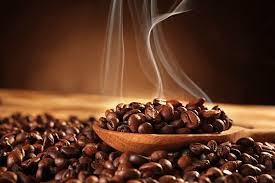 Throughout the day anyone has to deal with:

What makes a big difference when the time to cope with such things comes is the meaning that YOU assign to a particular event and the way YOU respond to it.

The value YOU attribute to a specific situation determines how YOU think, feel, and behave.

This is dependent on what YOU focus your attention on.

There are two states of emotional being YOU can experience at any given time.

It is up to YOU to choose whether YOU want to be in a rest mood or a fight or flight one.

In other words, YOU can look at the same situation from different perspectives.

And respond to it differently.

For instance, YOU can see a recession as:

When YOU look at the circumstances from different points of view, this opens up scenarios that otherwise would remain secret to YOU.

And provides YOU with solutions and insights.

This enables YOU to choose whether to be resourceful or inefficient, whether to see the glass half full or half empty!

This will be the turning point to be fully in control of your life and stop letting external forces control it.

I will use the following story to illustrate these two very different approaches to problems.

One day a young boy went to his father complaining about how many obstacles he was facing.

He told his dad:

“I am struggling with getting good marks at school and attending extracurricular activities.

I cannot understand what’s wrong with me, life is so tough, I will give up!”.

After hearing his son’s frustration, the father invited the young boy to follow him to the kitchen.

He took a carrot, an egg, and some coffee beans and placed them in three pans filled with water.

Then he brought them to the boil.

After ten minutes the adult drained the carrot and the egg and placed them on a plate.

He also filtered the coffee and poured it into a cup.

Then he asked his child:

The young boy was puzzled and replied: “What should I see?

There is just a carrot, an egg, and some coffee in front of me”.

At that stage, the man asked his boy to touch the carrot that had become soft.

Then the father invited the son to break the egg that had become hard.

Finally, the man asked his boy to smell and taste the cup of coffee which released a fragrant aroma.

The son was even more confused than before and said to his dad:

“I cannot understand, what does it mean? What are you trying to tell me?”.

The man explained to his son that the carrot, the egg, and the coffee beans faced the same challenge: the BOILING WATER!

What was different was their reaction!

The egg made up of a liquid inside and a fragile shell became hard!

The carrot, strong and tough, strenuously fought against the boiling water, but ended up becoming soft and tender!

The coffee beans had a totally different reaction.

Despite going through the same process, they remained the same as they were before being boiled.

They had also changed the boiling water into a delicious beverage!

The father then told the young boy:

“I understand that YOU have trouble and disappointments from time to time.

This is part of life and how YOU respond to external situations is of paramount importance”.

“Do YOU want to be like the egg, soft and fragile, that becomes hard, tough, and unable to express itself when it is put under pressure?”.

“Do YOU want to behave like the carrot, which looks strong, but then turns out to be yielding and incapable of overcoming difficulties”.

“Do YOU prefer to act as a coffee bean, able to accept the ups-and-downs that are part of life and capable of expressing its best aroma and flavor when the world around it reaches the boiling point?”.

This story wants to show how an event can have different impacts depending on the kind of approach YOU choose to adopt.

Are YOU impulsive and do YOU allow the external world to take control over your reactions?

Or are YOU aware that YOU have the power and the control to respond consciously to whatever happens to YOU?

2 thoughts on “HOW DO YOU RESPOND TO CHALLENGES?”