Much too often people do not live life to the fullest because they have been surrounded by people who have discouraged them from taking action, people who made them feel they were not good enough.

This feeling can easily lead people to a downward spiral where they end up thinking:

“I’m not up to it, I cannot achieve my goals in life, I cannot live life on my own terms”.

They give in when the first obstacle gets in their way.

They feel overwhelmed, they believe they are not good enough to overcome challenges and they quit.

Or even worse, they don’t even bother to start pursuing their dreams.

In most cases what holds people back from spreading their wings and flying towards their dreams are the irrational fears unwittingly instilled in them by their loved ones.

Studies show how fears, phobias, and all that goes with them, i.e. anxiety and mental disorders, can be passed on to children and these traumatic experiences may extend through generations to come.

“As humans, we are all scared of something, and as a parent, whether you try to hide it or not, your children will likely be aware of your fears. When raising a child you are essentially teaching them the ropes of life, but what do we unintentionally pass on to them? We wanted to find out just that, and discover how common it is for parents to share the same phobia with their children, essentially passing it on”.

Many parents, who are too protective, fail to realize that they pass on their irrational fears, anxiety, and doubts to their children, causing a lack of self-esteem and self-confidence in them.

This is clearly exemplified in the following story. 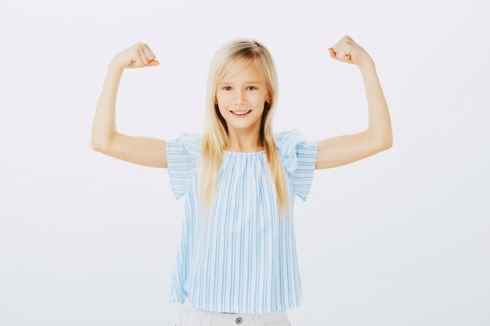 Once upon a time, in a remote village there lived a family of four people, the parents, and two children.

The parents, who were really apprehensive and protective, tried to discourage their children, a boy aged 10 and a girl aged 8, from hanging out with their peers, playing close to ponds, rolling in the grass, meeting new friends, and from talking to strangers.

The children were always told:

“You cannot do it, you must avoid it, it’s too dangerous”.

On a summer day, the two siblings were alone at home and since they got bored with playing within the walls of their house, they decided to make the most of the nice weather, have a ride, and explore the surrounding area.

Hours went by, and the two children reached a big field in the middle of nowhere.

They were tired and parched, but luckily they noticed a well in the middle of the field.

They approached it and suddenly the boy stumbled on a stone and fell into the well.

He started crying and yelling.

His sister looked everywhere to call for help, but there was nobody around.

Then, she noticed a rope with a basket, and without thinking twice she threw it inside the well.

Her brother climbed into it, and she started pulling him up.

The frail girl pulled and pulled so hard that at last the young boy was rescued.

Once they got back to their tiny village they noticed that everyone was looking for them.

When they recounted what had happened, nobody believed the boy could have been rescued by his frail younger sister, except for an old wise priest.

The villagers kept asking: “How can we trust this boy and girl? How on earth could she have succeeded in saving her brother’s life”?

The old priest replied: “It’s as simple as that; she succeeded because there was nobody around to discourage her, telling her that SHE COULDN’T DO IT’”.

I have experienced firsthand many fears and phobias, triggered by my parents’ overprotective attitude.

I remember them telling me not to crawl on the floor as they were afraid I could get dirty, and catch some viruses.

This resulted in me becoming squeamish.

I remember I was always told not to trust strangers, which led me to be wary of people and miss many opportunities to make friends.

I remember my parents discouraging me from aiming high; they wanted me to play safe and be down to earth.

I grew insecure without really knowing what I wanted out of my life, and the “imposter syndrome” kept me trapped for years before I decided to free myself from all this conditioning, face my countless irrational fears and prove my parents wrong.

It has taken a lot of effort and work on myself, but I am getting closer to living life to the fullest step by step.

The best lesson I’ve learned from conquering my fears is, that you feel inspired to keep going and conquering the next one.

It builds your self-confidence and self-esteem that propel you towards your goals.

So, let’s learn from our past and, instead of passing on a legacy of fear to our children, let’s pass on to them a legacy of courage.

Remember: we are our children’s first teacher!

We are our children’s role models and they learn from us every day.

By being careful about what we say and do we can pave their way to life success.