I want to start this post by asking you a few questions, and please, be honest, don’t lie to yourself:

Are you pursuing your dreams?

In other words, are you truly happy with your life?

Or, as for the majority of people, are you unmotivated and sick of what you are doing?

85% of people worldwide have declared they feel unhappy in their job.

After all, it’s not surprising considering that our job covers most of our time and requires energy and commitment.

So, if you are doing something you are not passionate about - something that others may have chosen for you - a job or a career that just enables you to pay the bills, and where you only wait for the weekend to get a bit of relief, how could you ever be happy?

As I have already mentioned in previous posts, the environment we grow up in strongly influences our choices, leading us to do something that doesn’t resonate with us most of the time.

This is the number one reason why people end up being worried about their future and have big regrets when they are old.

“I cannot stand working in this job all my life”, some people said to me.

Most of them are stressed all the time, ruining their relationships - which are the secret to being happy and healthy - and ultimately their lives.

Let me ask you a few more questions: Do you remember when you were a child?

Do you remember how beautiful life was?

Why was it so beautiful?

Was it perhaps because you loved to dream because you were living in the present moment without worrying about the future?

I bet there was nothing IMPOSSIBLE for you, on the contrary everything was POSSIBLE.

Is that child dead?

I don’t believe so!

I believe that child is still inside all of us but we have forgotten what one of the most important needs for that child is, i.e. DREAMING big!

We either build our own dreams or someone else’s.

Which are you building?

Many people never wake up.

They live and build someone else’s dreams for their entire existence, doing something they don’t like, and then, they find themselves at the end of their life feeling regretful.

Other people instead, realizing that doing something they are not passionate about equals surviving and not living a fulfilling life, make a paramount choice, i.e. they make a change.

Only a few of the people, who make a change, break through, and make their dreams come true.

Only a few truly believe in themselves, despite all the noise around them. 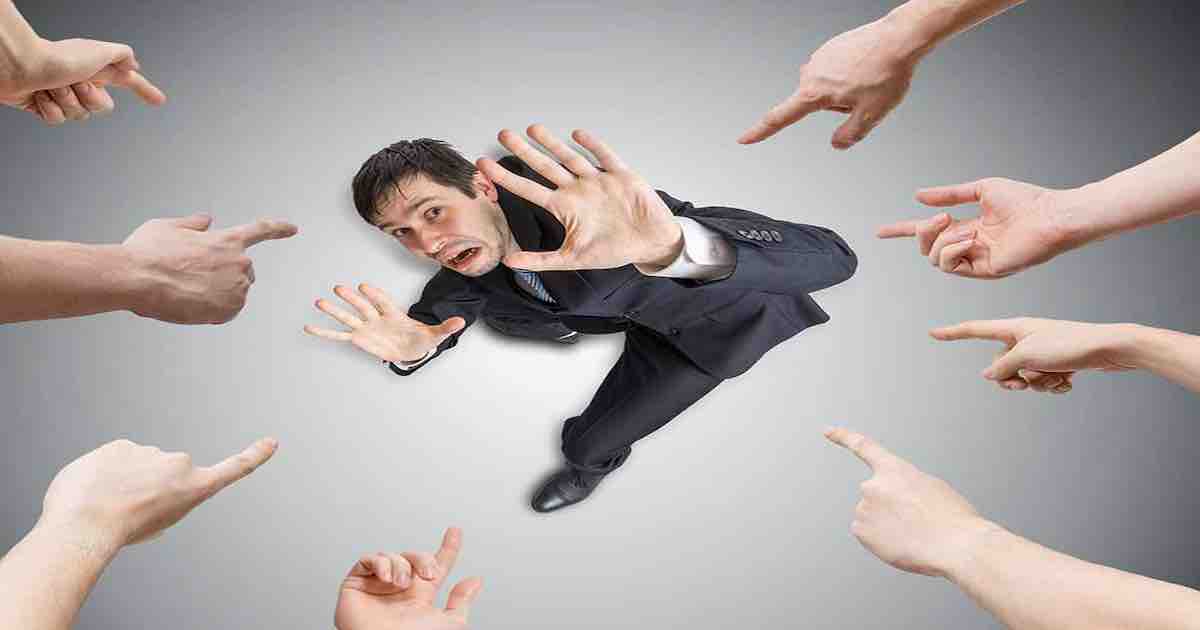 No matter what dreams you may pursue, there will be no end to the crowds of people who will try to bring you down.

Whether it is from misguided love, envy, or pure spitefulness, they will argue that everything you do is wrong, that they are right, and that whatever you are trying to pursue is IMPOSSIBLE.

Whether they are your parents, your spouse, your friends, your colleagues, or even strangers that don’t even know your story and who you are, be ready!

Be ready because you’ll bump into an awful lot of naysayers on your way to make your dreams come true.

They will come up to you with tons of reasons why you should quit your dreams, why it is IMPOSSIBLE for you to make it happen.

As the Sirens in the Odyssey tempt Ulysses, so the naysayers do with the dreamers.

Ignore them, shut your ears, do whatever you want, but don’t listen to them.

They are the killers of many dreams.

The only thing you must make sure of is that you listen to your gut.

Believe in yourself and eventually, you’ll get to your destination.

And please, do me a favor, prove everyone who tries to bring you down wrong.

The following story will stress once more what I stated above, and hopefully, inspire you to follow your heart and start dreaming again.

THE FROG WHO CLIMBED THE TREE 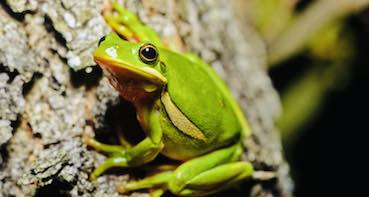 Once upon a time, there was a small pond in a bare patch of grassland in a wood.

A group of frogs living in that pool of water decided to climb the magnificent tree close by.

They were bored with always seeing and doing the same things day in, day out.

It was not surprising, considering that they had been living in that small pond for their entire life.

They felt the urge for something new.

They felt they were just surviving.

“Is this what life is all about?

Just swimming in this small water pool, when there is a world out there that is waiting for us?”, the youngest frog asked.

The other frogs were perplexed, but at the same time thoughtful.

“Let’s go and climb the tree to the top so we will see if there is a better place to move to”, the group of frogs said with one voice.

Once they were at the foot of the tall tree no one believed they could make it to the top.

No one except for the youngest one, and a few more.

They started climbing the tree, each aiming to reach the very top.

Sooner than later the whole group of frogs began to yell at their mates: “Come down, you may fall and die”!

But, the impassive frogs kept climbing.

Hours went by and the frogs were not even halfway when they looked exhausted.

“The tree is too tall. You can’t make it, stop climbing, it’s impossible for you to reach the top”, the spectator frogs yelled.

Listening to the crowds, some frogs lost their confidence and hope; most of them gave up.

The frogs started to get down one after another.

All the frogs came down except for the youngest one.

From time to time it looked down at its mates who were shouting and jumping.

“It’s IMPOSSIBLE; you cannot make it; stop; for God’s sake come down; you are foolish!”, the spectators shouted.

But, no matter how much they squirmed and how loud they screamed, the youngest frog kept going on its journey.

As a matter of fact, the more the frog saw its companions shouting and jumping, the more it scaled the tree with more enthusiasm.

Even if it was really exhausting, the frog decided to give it all and started jumping higher and higher at full speed.

At last, after hours of massive effort, it reached the top.

“How wonderful!”, it exclaimed.

Then, he went on: “How many places there are to scout and visit, and how beautiful life outside our small pond is”.

Once the youngest frog got back to the foot of the tree, it hugged its mates and said: “Thanks so much for encouraging me! If you had not encouraged me I would never have made this feat”.

At that very moment, the frogs realized the youngest one was deaf.

Being deaf was the secret to its success!

To the deaf frog, its screaming and jumping mates had looked cheering for its victory, rather than warning and discouraging it.

This misinterpretation gave the frog the power to make it happen.

It made the IMPOSSIBLE (for the other frogs) POSSIBLE.

If we have set our goals clearly, let’s turn a deaf ear to any discouraging, disempowering, and negative remarks from others.

It doesn't matter how many obstacles we encounter during our journey, or how tall the tree may be, as long as we ignore the naysayers and we strongly believe in ourselves, we’ll reach the top, eventually, we’ll achieve our dreams.

Don’t allow the noise to demotivate you; use it as an encouragement to follow your dreams with greater enthusiasm.

The more the frogs around you try to put you down, telling you: “You are foolish to pursue your dreams, you can’t make it, it’s impossible”, the more you want to prove them wrong.

Remember: You can make it. There is much more than a little pond waiting for you!

SOMEONE WHO MADE THE IMPOSSIBLE POSSIBLE 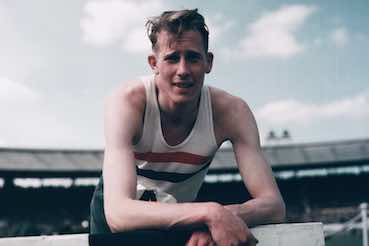 The story of the frog reminds me of an astonishing athlete, i.e. Roger Bannister.

Have you ever heard about him?

Roger Bannister was the first man to run a sub-4 minute mile when everyone, doctors, and scientists said it was impossible.

Well, he proved all of them wrong!

Before then, no one had even tried to run a mile in under four minutes.

It was considered a massive undertaking that eventually could lead to death as the heart could not bear such a big effort.

“Doctors and scientists said that breaking the four-minute mile was impossible, that one would die in the attempt. Thus, when I got up from the track after collapsing at the finish line, I figured I was dead”. - Roger Bannister 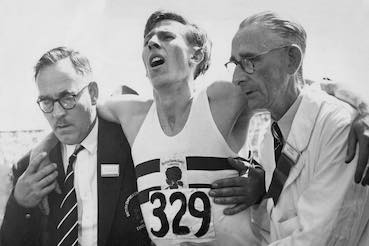 As the Guardian reports, ‘Sir Roger was later to become a prominent neurologist but by then he already knew the power of our mind.

As he admitted, he imagined bombs and machine guns would rain down on him if he did not go at absolute full pelt’.

As the crowd’s roar began to get louder, and sensing the moment of a lifetime, Bannister gave the best of himself and achieved what had never been achieved before.

Recalling the burst of energy that came from the crowd’s roar, Bannister said:

“The earth seemed to move with me. I found a new source of power and beauty, a source I never knew existed.”

Bannister’s feat shifted the entire paradigm through which other runners viewed the world and helped redefine what the human body could achieve.

Bannister's example had a strong impact on the world.

Once the common belief - running a mile under 4 minutes is IMPOSSIBLE - was disproved and a new one was built, the athletes were able to draw upon their inner resources and access their potential.

Bannister’s record only stood for 46 days; then, on 21 June 1954, his rival, John Landy, established a new record.

Since then, many other records followed, within 4 years of running that four-minute mile, 20 more people recorded a mile under 4 minutes

What is the takeaway from the frog story and Bannister’s feat?

Way too often our actions and results are limited by the disempowering beliefs that either we build in our own head or people around us, naysayers pass on to us.

To avoid falling into this deception, a new mental process must be generated; we must believe we can make our dreams come true.

We must switch our minds from IMPOSSIBLE to POSSIBLE.

In order for us to do something we have never done before we must first believe that we can do it.

We must focus on our dreams and block out all the people who try to tell us what is “POSSIBLE”.

So, my last few questions:

What is it that you have been holding yourself from doing based on what you have done in the past, or what other people have said to you or your own self-limiting beliefs?

Just like the four-minute mile, everything in this world was once IMPOSSIBLE till someone proved that it was actually POSSIBLE.

Your limits are just limiting beliefs, not facts!

Don’t miss the opportunity of a lifetime, follow your dreams and make the IMPOSSIBLE POSSIBLE.

“The day, the weather was terrible and it only cleared up a little towards evening though a lot of features were against it, but I felt if I didn’t take the opportunity when the chance presented itself I might never forgive myself”. - Roger Bannister

5 thoughts on “HOW TO MAKE THE IMPOSSIBLE POSSIBLE”