Nowadays, more than ever, the way we look and the first impression we make are considered of paramount importance; as a result, they affect the way people value each other.

The message spread all over the world is crystal clear: "you're only as good as you look".

In other words, our value is measured upon our appearance, instead of who we are.

Our past, feelings, beliefs, character, personality, and mindset are overlooked and underestimated compared to the way we look.

Only if their appearance is considered good enough are people given the chance to show their inner layers, who they truly are.

If you don’t have the new brand iPhone, if you don’t live in a high-end area, if you don’t drive an expensive car, if you don’t wear designer clothes, in a nutshell, if you don't show off that you can afford a high-standard lifestyle you are considered nothing.

It doesn’t matter if you are a wonderful person; unless you take care of what is believed to be the most valuable thing, i.e. the way you look, you are worth nothing.

It is sad to admit, but this is what I can see daily: we are more valued for what we have, we wear, we look like, the house we live in, and the car we drive than for who we truly are.

Appearance plays such a pivotal role in how we view and value our fellow human beings that we can miss the opportunity to build close relationships with people who are worth dealing with despite the way they look.

What’s worse, we can fail to truly understand the people we are surrounded by, and we can instead end up hanging out with people who are up to the good appearance standard but are shallow.

Let me clarify what I mean through the following inspirational story.

THE RICH AND THE POOR STUDENT 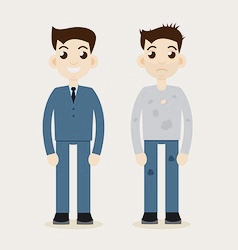 There were two students, a rich one and a poor one.

Both were approaching their graduation day.

The rich student’s parents decided to organize a party at their villa and invited all their upper-class friends to celebrate the once-in-a-lifetime event.

The poor student had been able to attend the same expensive University as the rich student because he had won a scholarship, but he couldn’t afford to celebrate his degree, let alone organize a party.

The rich student insisted that his poor friend was invited to the party too since he had helped him for the entire course of his studies and they had become very close friends.

The awaited graduation day arrived, the rich student’s family were personally receiving their guests in their luxurious villa.

The upper-class friends who joined the party were all fancied up, they were wearing the most expensive branded clothes.

Everyone was in formal suits, except for the poor student, who was wearing simple cheap clothes as usual.

He felt underdressed, the odd one out, but he stood in front of the mansion waiting for someone to let him in.

But, no one paid attention to him, everyone pretended not to see him.

When the rich student realized what was going on, he felt ashamed and ushered his poor friend into his bedroom from another entrance.

He then provided him with one of the many expensive clothes he had, with a pair of luxurious branded shoes and a Rolex watch.

When the poor student looked at himself in the mirror he was stunned.

His appearance was completely different, he no longer looked like a poor guy, on the contrary, he looked like a member of the upper crust.

The poor student then went back to the main entrance, and to his surprise, he was approached with the warmest welcome ever.

Like all the other wealthy guests, he was treated with great respect and praised for his elegant clothing, shoes, and watch.

Soon all the guests were in the main saloon ready to enjoy the delicious food the chefs had made.

And something unusual left all the rich guests speechless.

The poor student dressed in expensive clothes stood up in front of everyone and started spreading butter on the expensive suit, pouring the wine onto the luxurious pair of shoes, and dipping the watch into the gravy.

“What the hell are you doing?”, someone exclaimed.

The poor guy paused and then replied: ”You are as amazed by my bizarre behavior as I was by the warm welcome I received after changing my attire, whereas at first I was totally ignored.

Your behavior proves that you value the way I look, the clothes I wear, ultimately my appearance more than who I am as a person.

Therefore, you should not be surprised if what made me worthy of being welcomed to the party, i.e. the clothes, the shoes and the watch I am wearing, rather than me, are offered food and wine”!

Way too often in our societies, we tend to value people just by the way they look, without digging deeper.

We forget that there are other more important aspects to take into consideration when establishing someone’s value, i.e. feelings, beliefs, character, personality, mindset, and many more.

I myself in my daily life often make the mistake of overlooking these important things because my attention is caught by the first impression I get, based on the way people look.

At the same time, I myself have often been judged by my appearance and experienced how painful and discriminatory it can be.

Let me give you an example:

when I used to wear long hair and a beard I was often teased. I was once even turned away from a restaurant. 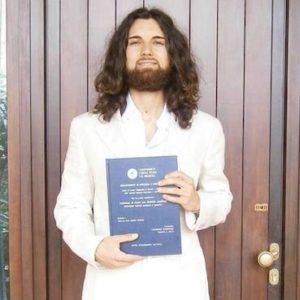 On the contrary, during my first work experience in Oxford, thanks to the uniform I wore, people looked up to me and thought I was making an awful lot of money, while I was barely able to pay my bills. 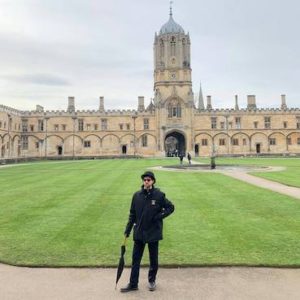 “Image is powerful, but also, image is superficial”. - Cameron Russell

Let’s not be tricked by it, let’s see beyond and discover who a person truly is.

If you still have an iota of doubt about how our looks affect how people value each other then, watch the following video where Cameron Russell "totally transforms what you think of her, in six seconds".