“Our world is and always will be a constant battle between the life of ease and its momentary rewards and a life of discipline and its far more significant rewards. Each has its own price, the price of discipline or regret. We will pay one or the other. We must all suffer one of two pains regardless of our choice of lifestyle. What we suggest to everybody is to consider the pain of discipline because it weighs ounces while regret weighs TONS”. - Jim Rohn

What about you, do you prefer to grind today and smile tomorrow or relax today and regret tomorrow?

Pain is such an integral part of life that you can try as hard as you want, but you cannot escape it.

So, since pain is unavoidable, what are you going to choose?

Or, you can choose the path where the beginning is sweet but later gets bitter; where the initial things are comfortable but endlessly complex at the end.

The advantages that disciplined people have are there for all to see - the fit body, the great relationships, the amazing career.

Undisciplined people often attribute these successes to a stroke of luck they have not been blessed with.

They neglect small daily sacrifices, and as a consequence, regret arises and translates into long-term sadness.

In time they say, “If I had studied; if I had taken care of my health, of my wealth and relationships; if I had set and pursued goals”.

Eventually, the last and biggest of regrets comes in and they ask themselves:

“What have I done with my life”?

Only then do they realize that they have wasted the only shot they had.

The pain of regret is therefore the worst pain you can think of, especially because in most cases there is no remedy. 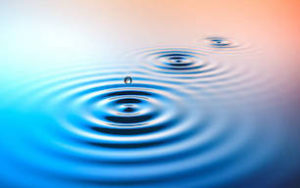 “All disciplines affect each other. Mistakenly the man says, ‘This is the only area where I let down.’ Not true. Every let down affects the rest. Not to think so is naive”. - Jim Rohn

So, don't fool yourself by saying that taking a simple action to move you closer to your best life doesn't matter, because it does.

A few bad habits, repeated regularly over a period of time, are the shortcut to a life of regret.

Instead, every new disciplined behavior affects the rest.

That's why every action, even the smallest, is so important.

The day-to-day, week-to-week, and then year-to-year proactive action adds up to huge results.

The rewards will eventually build up to huge success.

Each day there are countless times that invite you to be disciplined.

Each time, you can choose either to embrace discipline and face a small pinch of pain, or avoid it.

However, by dodging it now, you will end up suffering greater pain later.

So, it is important to diminish the lack of discipline and set up a new disciplined habit because this will enable you to start a whole new life process.

Remember, the formula for failure consists of the daily lack of discipline over a long period of time.

Contrariwise, the formula for success consists of a few simple disciplined actions practiced every day, that will lead you to a tremendous life change.

The pain of regret is a burden that sticks with you.

Instead, the pain of discipline is a series of pains that before long disappear.

You can either look back on your life and be proud of being disciplined and living life to the fullest, or you can look back and regret not facing pain earlier when it was much smaller and bearable.

The choice is yours.

What small temporary pains are you willing to go through to prevent the distressing and painful regret of not having done what you could have done?

Start from the simplest form of discipline and then move on to the more complicated one.

If you cannot handle the former how on earth can you expect to be able to deal with the latter?

Before you go, don’t miss the 11 tips to build lasting and solid self-discipline.

If you apply them, you’ll be able to start a new empowering life journey.