I bet you have already heard the expression: THINK OUTSIDE THE BOX!

It’s a well-worn cliché you come across reading books on personal development or listening to motivational speakers.

But, what does thinking outside the box mean? And why can you benefit from it?

That’s what you’ll find out by reading this post and watching the one-minute video at the end! 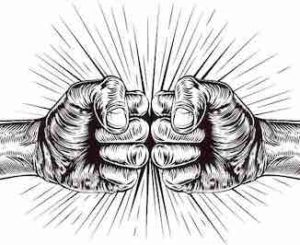 - THINKING OUTSIDE THE BOX, is a methodology for solving problems that psychologist Edward de Bono first introduced in his book - The Use of Lateral Thinking.

As you can spot from the title of the book, de Bono refers to thinking outside the box using the term lateral thinking.

“Consciously thinking around the corner, in an illogical and unconventional way. It’s the ability to break out of the prison of old ideas and develop new ones".

In other words, thinking outside the box is the ability to look at things from a sideways perspective to find answers that aren't immediately apparent.

It is a way of thinking which encourages challenging the status quo and walking the unbeaten path. 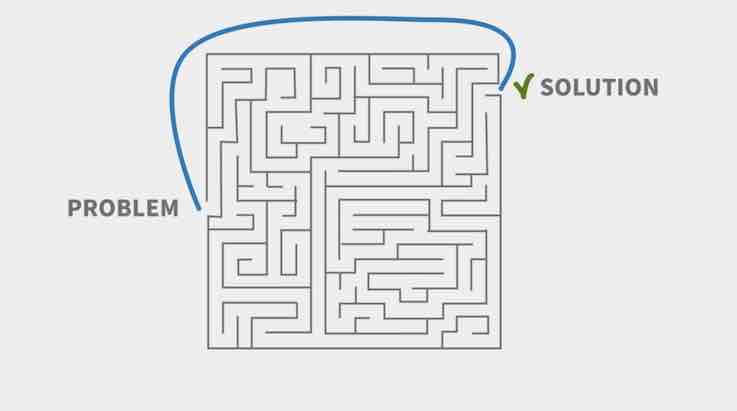 Our minds are hardwired to find typical and predictable solutions to problems.

This leads to “thinking inside the box” and to running the risk of being trapped in old paradigms.

We become our own worst enemy.

“We cannot solve our problems with the same thinking we used when we created them”. - Albert Einstein

Or if you want to put it in a different way:

“No problem can be solved from the same level of consciousness that created it”. - Albert Einstein

- THINKING INSIDE THE BOX or LINEAR THINKING in de Bono’s words means:

In a nutshell, it means following a standard line to reach a solution. 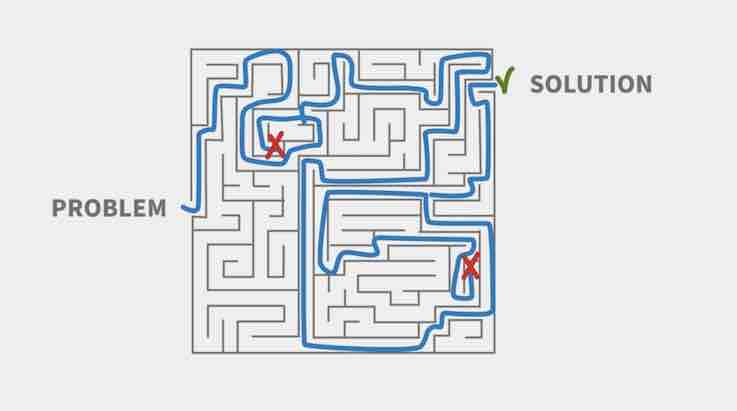 You may argue, what’s wrong with it?

Nothing, if thinking inside the box didn't assume a predictable end result, eliminating any other alternative ways to find a valid solution.

If you assume you know the answer, why bother asking the question?

Bottom line: thinking inside the box narrows your ability to find different ways to solve your problems. It’s a rigid way of thinking.

Conversely, thinking outside the box expands your horizon.

It’s a flexible way of thinking, which enables you to come up with innovative solutions to life challenges in a way you never considered possible before.

Let me clarify what I mean by the following inspirational story.

It shows how you can find a solution to every challenging situation you face - no matter how impossible it might seem - by thinking differently, by thinking outside the box. 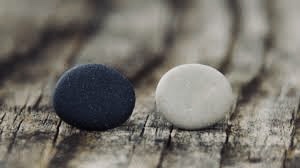 Once upon a time, there lived a farmer who had a big debt to a banker.

The loan shark was an old, unattractive man who had always fancied the farmer’s daughter, Jasmine.

One day the banker decided to cut a deal with the farmer, he would forget about the debt.

However, there was a catch!

In order to wipe out his debt, the farmer had to marry his daughter to the banker.

Needless to say, both the farmer and his daughter were horrified by the proposal.

So the cunning money-lender suggested to let fate decide the matter, and - while standing on a pebble-strewn path - said to them:

“I am going to place a black pebble and a white one inside this bag, then Jasmine, you will pick one pebble”.

When the banker bent to pick up the 2 pebbles to place inside the bag, Jasmine noticed that he had meanly picked up two black pebbles.

Now, imagine that you were standing on the path.

What would you do if you were Jasmine?

Take a moment to ponder over the story. Don’t jump to conclusions!

Remember: the above story is meant to let you think outside the box, to use lateral thinking instead of linear thinking to find the solution.

Before you carry on reading, try another time to come up with your solution.

You can do it! I’ll give you a hint, read the story from the beginning another time.

After picking the pebble, Jasmine pretended to drop it into the pebble-strewn path where they were standing.

Hence, it immediately became lost among all the other pebbles.

“Oh, how clumsy of me,” Jasmine said.

She then went on: “However, it doesn’t matter if I accidentally dropped the pebble, because if you look inside the bag we’ll find out which one I had picked. Since the remaining pebble is black, it must be assumed that I picked the white one”.

As the banker didn't want his deceit to be exposed, he played along acting as if the stone Jasmine had dropped was white.

He then kept his promise and paid the farmer’s debt off.

Besides, Jasmine didn’t have to spend the rest of her life with the cunning banker.

She found a solution to what seemed an impossible challenge to overcome.

What’s the moral of the story?

Most problems we face that at first glance seem unsolvable, do have a solution.

Don't give in to the options you're presented with.

Whenever possible, think creatively, and as the famous Apple slogan goes: Think different!

Challenge the status quo and engage in productive non-conformity, as Jasmine does in the story.

Don't be afraid to question the things that are considered to be true.

Since childhood, for instance, society brainwashes us into thinking that going to school, enrolling at University, finding a job, and working till you retire is the path to follow to live a meaningful life.

However, over the years it's become evident that this system of life doesn't work for everyone.

Don’t get me wrong, I'm not saying that you shouldn't go to University or keep a job till you die - ops, I should have said till you retire.

What I'd like you to consider is the importance of questioning the norm and asking yourself WHY the systems that have worked for years might not be working for you.

If you are anything like me, you may agree that nobody should ever spend 40 hs a week in the workplace for 40 years or so.

Then, you may decide to find an alternative way to make money by starting an online business for instance.

Did you know that with the new technologies and by leveraging the net you can automate your business so that you no longer need to trade your time for money as you are doing in your current job?

As a result, you can escape the rat race and live a lifestyle based on FREEDOM & FLEXIBILITY.

Mark Zuckerberg dropped out of Harvard and quit his computer science degree to cofound Facebook and is now a multi-billionaire.

Apple Co-founder Steve Jobs dropped out of college as well to start his company and revolutionize the computer world, making our lives easier and smarter.

Or what about the famous inventor, Thomas Edison.

If he had agreed things were good enough the way they were with gas lamps, light bulbs, and the electricity to power them might never have been developed.

If he hadn’t thought outside the box, the world could be a very dark place.

“The people who are crazy enough to think they can change the world are the ones who do”. - Steve Jobs

What are your thoughts on thinking outside the box?

Share your comments below and let’s learn from each other, let’s change the world together. 😉