Are you feeling discouraged and are you thinking of throwing in the towel, and giving up on your goal?

If so, I hope this post can inspire you not to do that, and to keep pushing, even harder. You deserve to hit your target!

Becoming unstoppable no matter how hard life hits us in the face is what enables us to break through and go the distance.

If you keep moving forward despite the setbacks you are faced with, you can only experience success.

It’s that simple! However, most people get discouraged and they give up on themselves too quickly.

It’s easy to feel good when everything goes according to plan - when you are healthy when your bills are paid for when you have great relationships.

Anybody can be positive and have faith under those circumstances, can’t they?

To accomplish your goal, you must have faith and believe in yourself when you get knocked down when life hits you hard, and everything goes unexpectedly.

Despite the pain you feel, you must stand up, and keep moving, because if you play safe and give up, the regret of not having fought for your goal will be much more painful and hard to cope with.

It’s not easy to play to win.

Unfortunately, just a few people are willing to go all out, to take full responsibility for their life, and do whatever it takes to achieve their goals.

Whether it is a health and fitness goal, a financial goal, a personal goal, a relationship goal, a family goal, or whatever goal you are pursuing, the key to success is being willing to stand up every time life beats you to your knees.

In other words, be ready to accept failure and start all over again.

“Success represents the 1% of your work which results from the 99% that is called failure”. – Soichiro Honda

Have faith, believe in yourself, and keep fighting to accomplish your goal.

Let me give you a straightforward example of how playing to win makes the difference through the following motivational story.

THE TEAM THAT WAS LOSING, BUT... 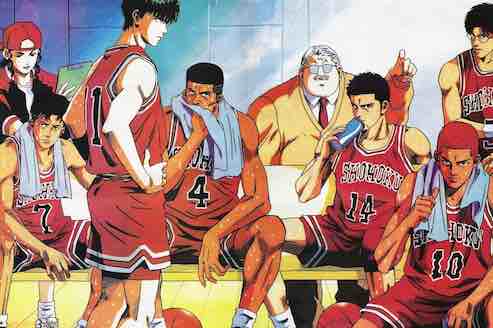 There was a young boy who was watching a basketball match.

The surprised boy asked the manager: “How is it possible? Your players are the best team in the championship”!

Then he went on: “They don’t look discouraged, though”!

“Why should they be discouraged? The referee has not blown the final whistle yet”!

“I truly believe in my team; they will definitely win the match, despite scoring so badly now”, the manager replied.

Before long, the team switched from playing defense to playing offense and the match ended 90-50 in favor of the home team.

The young boy was absolutely astonished by the victory, but above all about the winning team’s change of approach.

For the entire day, the manager's question kept resounding in his head, “why should they be discouraged when the referee has not blown the final whistle yet”?

1) If you always play defense you are never going to win.

2) As long as there’s life, there’s hope, so never give up till you take your last breath.

The final score of your life has not been decided yet, and it can be the best you have ever had.

It’s entirely your responsibility, and you can be the winner.

The only thing that matters is what you do about it.

What do you want to be remembered for?

Do you want to be remembered as a grinder, someone who fights their way, does all the things that must be done to achieve a goal?

Or, do you want to be remembered as someone who gives up as soon as a hassle gets in the way?

Do not be discouraged by the first hardships that come your way, do whatever you have to do to get where you want to go.

We have only one life, so make sure to make the most out of it.

Playing safe, instead of playing to win is a tragedy.

Do not give up on your goals and dreams.

As long as you breathe nothing is IMPOSSIBLE.

It's never too late to shoot for a goal whatever it may be.

Every time you feel discouraged, remind yourself that the final whistle has not been blown yet!