I really believe in struggles as a prerequisite to building ourselves, to shape and make our life a masterpiece.

However, the more I speak to people, the more I realize that most of them would opt for a life without struggles and challenges.

But, let’s be realistic, life is not easy, and sooner or later - like it or not - you will have to face tough times.

Life can throw you a curveball when you least expect it.

That’s why, the sooner you accept and look at struggles as opportunities, the sooner you will be prepared to face any challenge that comes your way, and will start to shape your life and build a better version of yourself.

“If it doesn’t challenge you, it won’t change you”. - Fred Devito

Remember NO CHALLENGES, NO SUCCESS!

Struggles, challenges, and hard times carry much more value than you may think since they are the only way to build your new self. 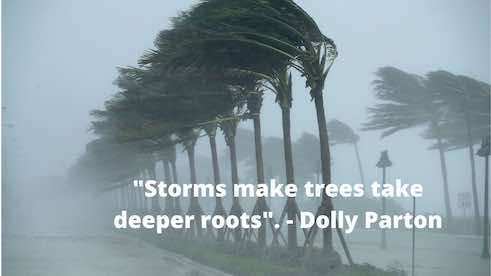 Obstacles conceal opportunities, every struggle has something to teach - but, it’s always our choice whether to learn the lesson and make our life a masterpiece or waste the opportunity by giving up as soon as the first obstacle turns up.

Let me make what I stated above cristal clear through an inspirational story. 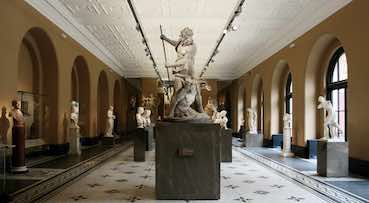 Once upon a time, there was a museum totally made of white marble in a beautiful city.

People from all over the world came to see all the wonders this fascinating place housed.

Even if the museum was full of the most varied objects somebody could ever find, the main attraction was a carved marble statue located in the center of the lobby.

This statue was stunning and people spent hours admiring it.

One evening, when all the visitors had left, one of the marble tiles on the floor broke the silence and started speaking to the marble statue: “Hey statue, don’t you think it’s unfair that people from all over the world should come to admire and praise you when they just step on me and ignore me.

The marble statue replied: “Dear brother, you are right, we originate from the same place and we were brought to the same sculptor; do you remember when the two of us were sitting side by side in the sculptor’s workshop in our original form of marble cubes, and the sculptor decided to work on you first”?

“Of course, I remember it! I hated that man. How could he even imagine I was willing to let him use his sharp tools on me?”, replied the tile, and then went on: “It hurt so badly”!

“Dear brother, the sculptor started using his tools on you for one reason only, he wanted to turn you into a masterpiece”, the statue stated, and then kept on: “Since you resisted his chisel, he could not work on you, thus he began to work on me.

I knew at once that only by bearing the pain that came from his working tools, would I become something unique, way different than my original state. That’s why I let him carve me as he pleased.

Brother, remember that every cloud has a silver lining!

Even if struggle, pain, challenges are harsh to deal with, they carry value, they allow you to shape your destiny and become a masterpiece.

So, since you didn’t bear the pain, you are the only one to blame if people step on you, instead of admiring you”, the statue concluded.

When you are willing to tackle struggles and challenges in the same way as the marble statue did, you can transform yourself into a masterpiece for everyone to admire.

On the contrary, when you are not ready to do whatever it takes to overcome the tough times that are part of life, you are doomed to crumble down, and people are more likely to ignore you in the same way as the marble tile in the story.

My question to you is: Now that you are aware that you can make your life a masterpiece, and that it comes down to how you respond to challenges that come your way, are you ready to handle every hardship, failure, and pain that comes from the sculpting tools of life, and keep moving forward?

Whether people will step on you or will admire you will depend on your answer to this question.

“No matter how much it hurts now, someday you will look back and realize your struggles changed your life for the better”. - Unknown

Struggles must no longer be considered threats, but opportunities. Struggles enable us to become better.

The most successful people are those who have known defeat, struggle, and loss; but have found a way to follow through.

As the old saying goes:

“What doesn’t kill you, makes you stronger”.

2 thoughts on “WHY STRUGGLES MAKE YOUR LIFE A MASTERPIECE”