As I have already mentioned in one of my previous posts, the idea that to be happy you need more is unfortunately very popular nowadays.

It’s something rooted in our society and more and more people are falling into this trap.

When you are obsessed with having more than what you already have you fail to appreciate what is already making your life worth living and you are not grateful for it.

What’s more, you put your health at risk; in fact - according to research - people who strive to have more suffer from anxiety, stress, and depression.

On the contrary, people who focus their attention on what’s already part of their life experience happiness, because they are aware of how much they already have, e.g. their health, their family, their friends, their education, etc.

Just stop for a moment, and consider how lucky you are with what you have.

If you become aware of it, you will feel content and happy straight away because you have what really matters in life.

Don’t postpone your happiness, choose to be happy today with what you already have.

Let me illustrate this by means of a story.

THE GOLD COINS AND THE 99 CLUB 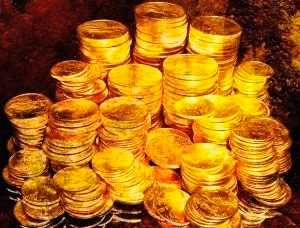 Once upon a time, a king was walking close to a village, just outside his palace, when he saw something very unfamiliar.

His attention was caught by a family who was working together in a field; they were laughing, singing, and having fun despite the hard work.

“How is it possible that those poor and needy people can be so happy despite not having anything? I am the richest person in the kingdom, I have everything anyone would wish for, but I feel miserable all the time”, the king wondered.

Determined to find out the family’s secret he went personally to the breadwinner.

“What’s your secret? Why are you and your family so happy?” the king asked.

“Your majesty, I am just a peasant, but everything my family and I need is love for one another, some shelter, and a bowl of soup with a loaf of bread”, the humble man replied.

The king, disappointed by that reply, summoned his most trusted minister, who was known as the wisest man in the kingdom.

Tell me: “Why are those poor people so happy?” the impatient king enquired.

The minister thought for a while and then said: “Your Majesty, it’s obvious, they don’t belong to the 99 Club! That’s the reason why they are so happy”.

The puzzled king asked: “What’s that”?

“Your Majesty, if you give me 99 gold coins I will show you what I mean”, the minister replied.

The king immediately handed a bag with 99 gold coins to the Minister, who placed it just at the doorway of the peasant’s hut.

The following morning, when the man and his family got up to go to work in the fields, they stumbled into the bag.

They opened it, saw the coins, and started counting them. They were 99.

“99 coins; I must have made a mistake” exclaimed the father before he started counting them again.

And he went on: “I will work more than I have ever done before to add the missing coin and reach 100”.

He knew that to reach his goal he would have to work continuously for months.

However, he was really determined to succeed.

Since that day everything changed for the peasant and his family.

He was so obsessed with the gold coins that he counted them every night.

He was knackered by the long hours spent working, easily annoyed and disappointed with his family who didn’t help him to make the 100th coin.

What’s more, one evening, after working all day long, the man found there were two more missing coins.

“What the hell, two coins are missing! What did you do with them?” the angry man shouted at his wife and son.

“I am not as insane as you, my dear; we went shopping to celebrate our luck. We have been blessed with such a fortune, and the only thing you worry about is to increase the number of coins to 100, without enjoying the 99 available”.

Arguments, fights, and misunderstandings had replaced them.

One day the king and his minister were walking in the village when they saw the family quarreling nastily.

“What’s happened? Where has the love and happiness of that family gone”?  The bewildered king asked.

“Your Majesty, the peasant belongs to The 99 Club now. The 99 Club is a label attached to those who have more than enough, but never experience happiness because they are always looking for something more, and fail to make the most of what they already have”.

The king thought to himself: “I belong to that Club too, which explains while I am never happy”.

In life, most people end up chasing something in order to be happy when they already have more than enough.

But this comes at an expensive price!

When we become greedy and obsessed with satisfying more and more desires we miss out on and fail to appreciate the really important things in life such as the relationships with our loved ones, our health, our memories, etc.

We are so blinded by the obsession to get the 100th coin that we forget about the 99 that are already in our pockets, and we expect to feel happy only once we have added the missing one.

We tend to postpone our happiness till we have all the 100 coins.

What’s going to happen once we have added the missing coin?

We start thinking we must add another one, i.e. 100 coins are no longer enough.

So our race never ends, we keep chasing something and fail to enjoy what we have.

Be happy now, because 99 coins are more than enough! 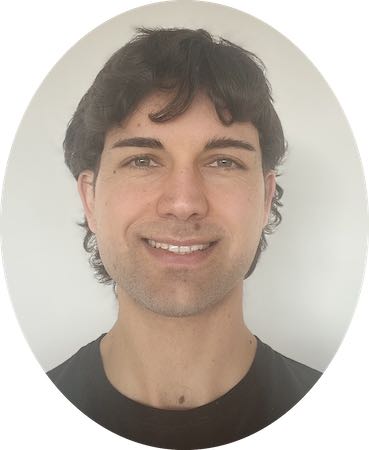 We use cookies on our website to give you the most relevant experience by remembering your preferences and repeat visits. By clicking “Accept All”, you consent to the use of ALL the cookies. However, you may visit "Cookie Settings" to provide a controlled consent.
Cookie SettingsAccept All
Manage consent

This website uses cookies to improve your experience while you navigate through the website. Out of these cookies, the cookies that are categorized as necessary are stored on your browser as they are essential for the working of basic functionalities of the website. We also use third-party cookies that help us analyze and understand how you use this website. These cookies will be stored in your browser only with your consent. You also have the option to opt-out of these cookies. But opting out of some of these cookies may have an effect on your browsing experience.
Necessary Always Enabled
Necessary cookies are absolutely essential for the website to function properly. This category only includes cookies that ensures basic functionalities and security features of the website. These cookies do not store any personal information.
Non-necessary
Any cookies that may not be particularly necessary for the website to function and is used specifically to collect user personal data via analytics, ads, other embedded contents are termed as non-necessary cookies. It is mandatory to procure user consent prior to running these cookies on your website.
SAVE & ACCEPT
Scroll to Top