If you are anything like me, you may have gone through the days without giving thanks for all the blessings you already have in your life.

You have taken them for granted, without realizing how invaluable they are.

One of the reasons for this is that we are led to never feel satisfied with what we already have by the society we live in, which makes us believe that we always need more.

We always want more, and in so doing we miss out on all the beauties that life has already gifted us with.

As a result, many people end up working their ass off for most of their life, and then they regret it at the end of their life when they realize they have failed to appreciate it.

In other words, we realize how lucky we were only when something or someone in our life is no longer available for us, exactly in the same way as we realize the importance of a light bulb when it stops working.

We fail to appreciate the simple things in our daily life, e.g. a chat with our parents, a walk with our partners, a beer with our friends.

The people around us feel neglected and turn to someone who appreciates them and is more reliable, exactly in the same way as they replace a light bulb that is no longer working with a more efficient one.

Let me try and clarify the above concepts by means of the following story. 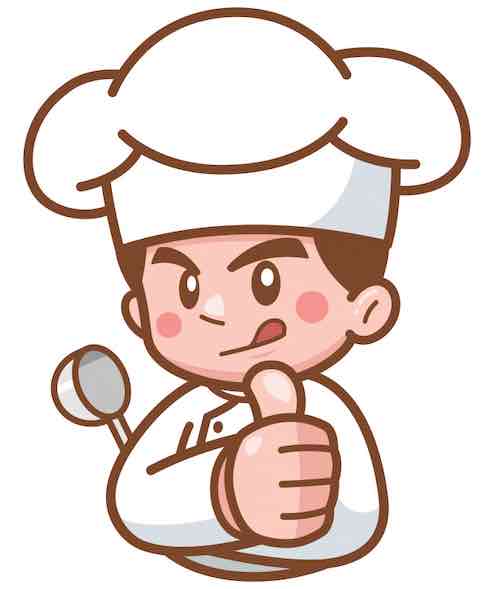 Once upon a time, a young guy longed to become the greatest chef in the world.

He studied for many years how to become a chef, and finally was ready to put into practice what he had learned.

He sent his curriculum to many restaurants.

Finally, he was called by the Executive Chef of a famous chain of restaurants, who gave him the job.

He was appointed as a Junior Chef.

The Executive Chef had many years of experience in running a big team of chefs and his first advice to the new member was: “Keep yourself as busy as possible, keep developing your cooking skills, there is always something new to learn and master”.

The new team member followed the savvy chef’s advice literally, and worked diligently for many years, spending long hours in the kitchen, even more than he was paid for.

He was really determined to scale up his position.

Soon he became able to see to the preparation of major events by himself.

He had learned how to cook many different dishes and how to best combine flavors.

One day the Executive Chef retired and the entire kitchen team was reorganized.

To the Junior Chef’s surprise, he was not promoted.

He went to the former Executive Chef, who had become a close friend and mentor of his over the years.

He vented his frustration to him: “Why was I not promoted? I have been following your advice for all these years, I have never called in sick and I have always done my best to improve my skills and provide the highest standards.

I have worked longer hours than anyone else!

I cannot understand why my colleagues who have not put in the same effort and who have not developed as many cooking skills as me were promoted?"

The former Executive Chef paused for a while before replying: “You must take time off every now and then!”

The Junior Chef was surprised to hear such advice, even if it made complete sense considering that he had been working his tail off for many years without ever having a day off.

He thanked his friend and asked for a holiday.

When he came back, the manager of the restaurant summoned him.

To the Junior Chef’s surprise, he found out that his colleagues had had difficulty coping with the job when he was away.

The service was not as good as when the Junior Chef was around.

The other chefs were not able to handle situations that were most of the time tackled by the Junior Chef.

The manager became aware of it and decided to promote the guy to Head Chef, the highest position after the Executive one in the kitchen hierarchy.

The guy finally scaled up and thought: “I should take time off from work more often, every time I feel I deserve more; I will call in sick or book a holiday, so people will notice how essential I am and I will get pay rise after pay rise”.

After some months during which he frequently took days off, he was summoned by the manager again.

The Head Chef was enthusiastic since he thought the manager was going to promote him again.

To his surprise, he was fired.

He was speechless, and to work out the reason for his dismissal he went to his mentor, the former Executive Chef.

“Why was I fired?”, the Head Chef asked his friend.

“I followed your suggestions to the letter”.

The former Executive Chef paused for a while before replying: "Dear friend, you have applied only half of the lesson I was teaching you! You were so eager to apply it that you left without listening to the second half.

You learned that nobody pays attention to a light bulb that is always ON.

Only when it goes OFF do people suddenly spot it.

This was the first teaching I wanted you to learn, but you missed the second one, which is also more important than the first.

When a light bulb goes OFF frequently, it’s going to be replaced with a new one.

Would you feel comfortable with relying on a light bulb that nine times out of ten leaves you in the dark?”

This story brings with it some wise teaching, we shouldn’t take anything in life for granted.

“Don’t take anything for granted, because tomorrow is not promised to any of us”. - Kirby Puckett

Be content with what you already have, life is a precious gift.

Take nothing and no one for granted, not even yourself!

Don’t wait for the light bulb to go off to realize how lucky you were.

Make sure that the people that matter to you feel valued by you and don’t need to replace you as a broken light bulb.